Brycen, 16, was referred to Toby’s Dream shortly before the pandemic. While his original Dream was to meet Dwayne ‘The Rock’ Johnson, he had a change of heart as time went by. ‘I started watching people build computers a lot on YouTube during the pandemic and thought that would be a really cool Dream to have! Also, a computer is something I use every day.’
Brycen provided us with a list of features he wanted on his custom gaming computer, most of which were a foreign language to the Toby’s Dream Team. Thankfully, however, Latoya at Biznuity is well-versed in gaming-speak and was anxious to start working on Brycen’s custom build.
We held Brycen’s reveal at our offices at Town Center and provided a lunch of some of his Chick-fil-A treats. When Latoya showed up with the computer and accessories, Brycen’s jaw dropped. He was so anxious to learn more about his build and see it with his own eyes. He and Latoya talked for nearly an hour about its capabilities, how much fun Latoya had building it, and other gaming talk. It was a joy for us to see him light up with so much excitement! 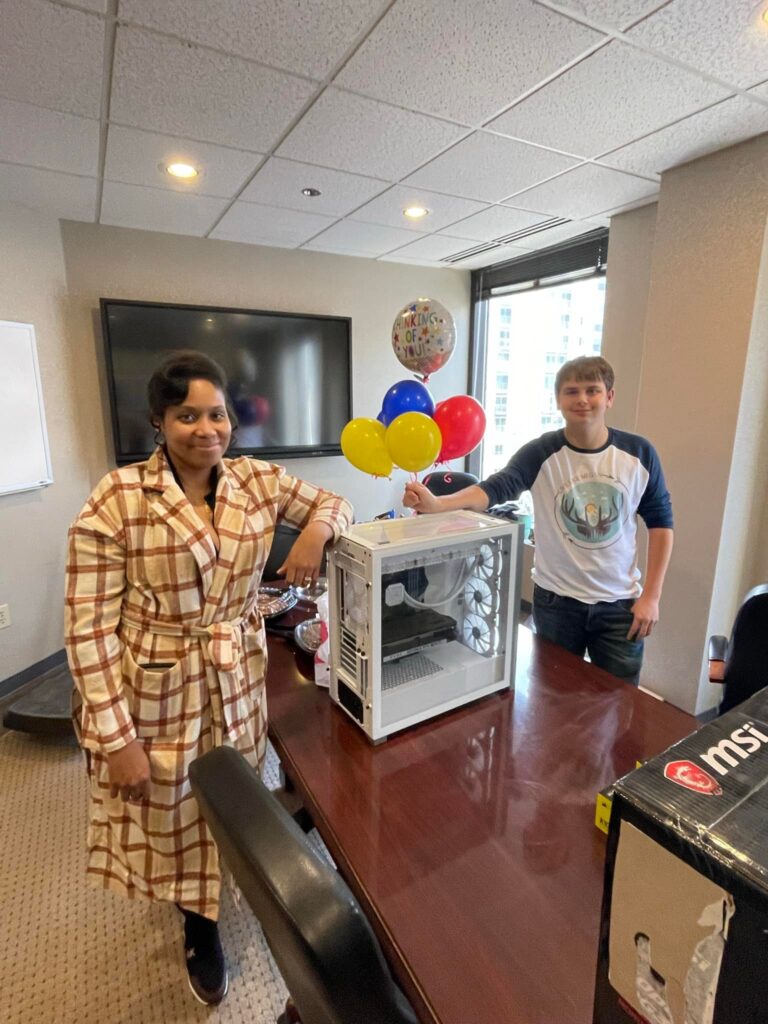 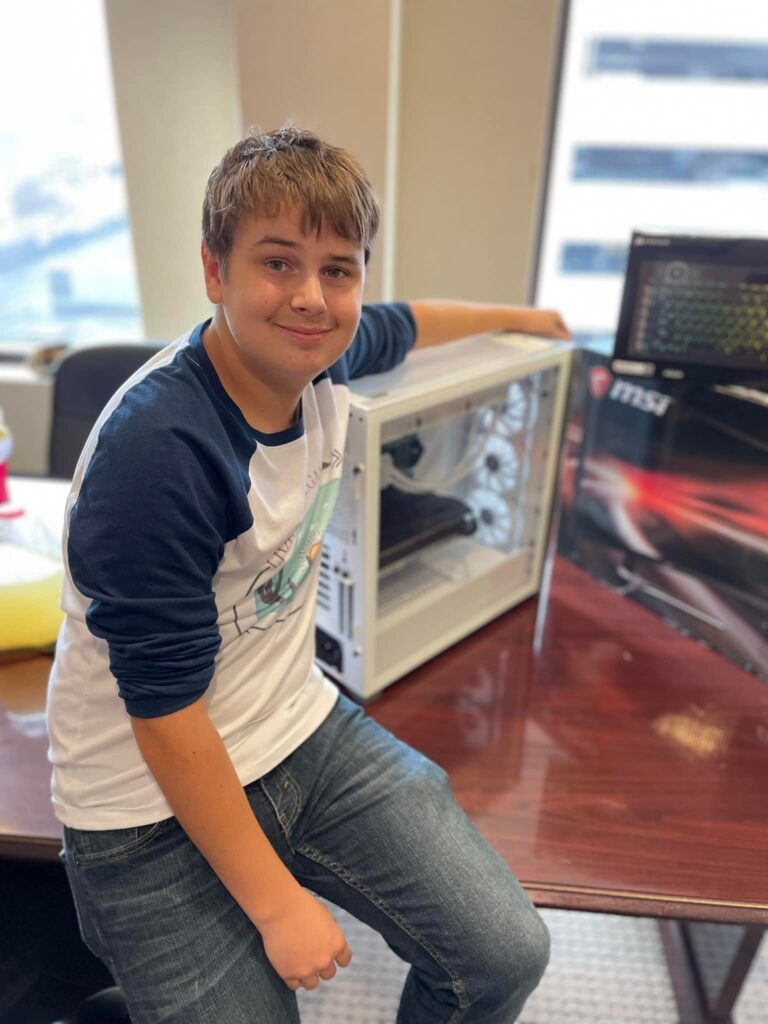 “I really like it a lot – it’s just so awesome and super fun,’ Brycen said after he’d had some time getting to know his new computer. ‘It can run things super-fast – and I just love how fast it boots up. My other computer was so slow compared to this one.’
Brycen’s mother said, ‘It means a lot to me as a parent for you to have provided something that we couldn’t provide for him – something that makes him happy. And we just love that he loves his computer so much.’
We are so happy Brycen loves his new computer and we know he has endless hours of gaming fun ahead of him. Thank you to Curtis and Latoya at Biznuity with their help designing such a special build. We are also thankful for our friends at We Promise Foundation, whose partnership with Toby’s Dream helped to make Brycen’s Dream come true.