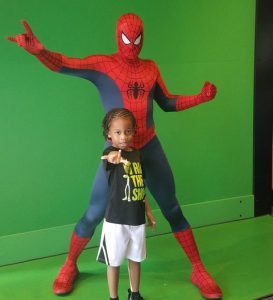 When Donovan and his family of four boarded the plane to Orlando there was excitement in the air. It was the first time he and his brother had ever flown on an airplane! Donovan’s parents had prepared the boys for the flight; telling them their ears might pop, what turbulence feels like and all the sounds the airplane might make. Donovan wasn’t afraid, he was going on his dream trip to Orlando, Florida to go to Disney World, Universal Studios, and Sea World!

Donovan wanted to go to Orlando to meet his favorite characters Spiderman, Spongebob Squarepants, Mickey Mouse, Goofy and Donald Duck! Going to Give Kids the World Village was the perfect way to do just that! Donovan’s mother had a hard time picking out just one highlight of the trip for Donovan. She said, “What wasn’t a highlight! When we arrived to Give Kids the World Village we were treated like royalty. We didn’t want for anything the entire week.” 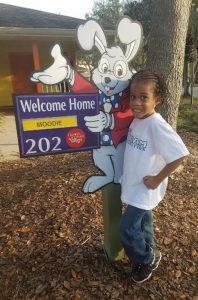 Donovan’s mother reminisced how they did it all! She went on to describe the first day they went to Magic Kingdom, “When we got to Magic Kingdom, we walked in, and there was a live show going on! The timing was perfect and it felt like they were welcoming and celebrating us arriving.” They went to every park, met every character and when they returned to Give Kids the World Village the party was not over! They always had an activity to take part in, characters to meet, horses to ride, and ice cream to eat! 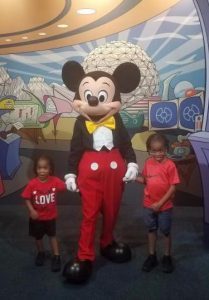 Once back home, Donovan’s mother reflected on how important going on Donovan’s dream was to him and his family. Their whole lives are scheduled around doctor’s visits, she said if their family was not provided this dream by Toby’s Dream Foundation “we would not have been able to go on a family vacation. We are so thankful to be given this opportunity!”
Toby’s Dream Foundation was honored to be able to provide Donovan and his family the vacation of a lifetime! While Toby’s Dream Foundation cannot take away the pain of Sickle Cell Disease or cure Donovan, we hope that helping Donovan achieve his dream allows him to know dreams do come true!