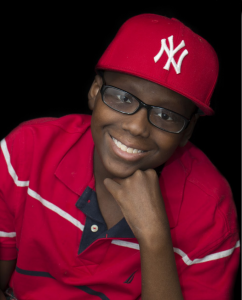 Deep in the heart of Newport News, there lives a 15-year-old boy named Nazea, who has big dreams and a heart of gold. Nazea is a sweet and thoughtful kid who loves basketball, video games, junk food, and “kick-butt” movies like the Fast & Furious. While these interests may make Nazea seem like a typical teenager, he is anything but typical!

Nazea is braver than most kids: having faced his bone cancer with courage and optimism, he still dares to be a dreamer! When Toby’s Dream Foundation (TDF) volunteers interviewed Nazea and asked him what he dreams about more than anything, he said he dreamed of going to Universal Studios & Disney World in Orlando, Florida!

Toby’s Dream Foundation worked hard to ensure that Nazea and his family would have the Universal Studios & Disney World trip of a lifetime! Nazea, along with his mom, dad, and sister Nivea, were given the VIP treatment as they toured the parks and explored all the wonderful surprises and magic that only Disney World can offer. The family savored every special moment together, and Nazea never smiled so much in his life! 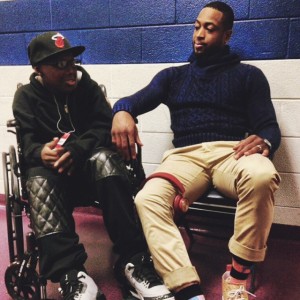 Nazea’s infectious smile leaves a definite impression on everyone he meets, and we know the staff at Disney was just as sad to see him leave as he was to go. When the family returned, Nazea’s mom wrote a note of thanks: “Toby’s Dream Foundation allowed us to have a vacation that was out of this world! The entire experience was beautiful. From the moment the limousine showed up to take us to the airport, we had an amazing trip. Thank you so much!”

Toby’s Dream Foundation is so privileged to have the opportunity to grant Nazea’s greatest dream!

According to Nazea’s mother, his bone cancer has now returned, and this time with a vengeance. In full knowledge of this, Nazea created a “Bucket List” of things he’d like to do. Toby’s Dream Foundation could not grant a second dream, but a generous group of people from Hampton Roads, the Miami Heat, and Dwayne Wade united in the cause to help him achieve his goals! The first item on his Bucket List was to watch the Miami Heat play and to meet one of his idols, Dwayne Wade, which he did when they played the Washington Wizards.

Miami Heat’s star player Dwayne Wade was impressed by Nazea, and after spending 30 minutes with him, he posted on Instagram a picture of he and Nazea with the following caption: “Special Moments… they come when you least expect it.. I had the pleasure of meeting this amazing 15-year-old kid Nazea last night in D.C. I am now #TeamNazea. My new friend is fighting bone cancer everyday and he’s doing it with a smile- that can light up this world. Thanks for uplifting me and so many others around you Lil buddy. Keep believing…”

With a heavy heart and great sadness, we learned that Nazea, almost 16, recently earned his angel wings. Nazea was a kid who always had an infectious smile and positive spirit. He was an inspiration to all of us who were privileged to know him.

For Nazea… Tomorrow begins with a dream…